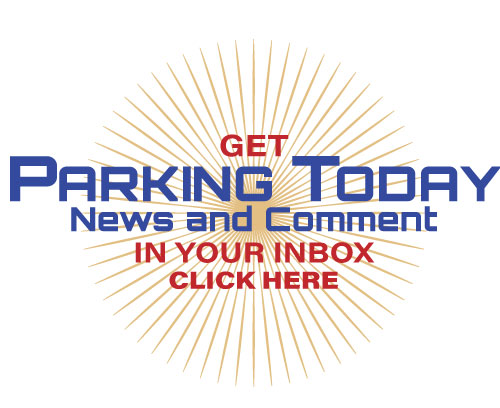 For those of you living in a cave, I wrote a series of short stories a few years ago and then went on hiatus. It turned into a book, which you can buy on Amazon. I felt it was time to bring back Paul Manning and his crew with perhaps a little more grit in the story. This begins with Paul's background, and then we are off. I hope you like it.

View the available chapters below:

Death by Parking - The Tale, II - Chapter 19 view here
October, 2022 - Smith wanted to see Veronica and Josh tomorrow. We put the meeting off 'til late afternoon, but that still didn't give us a lot of time. I called a meeting of the principals for 7 AM. We needed to give V and J, at a minimum, an outline for their meeting with Smith.

Death by Parking - The Tale - Chapter 18 view here
September, 2022 - We had our in with William Francis Smith. But just what did we hope to get from developing a relationship with the crook? Normally, a long con like this would be after money, but, frankly, we already had money.

Death by Parking - We Began the Conversation - Chapter 17 view here
August, 2022 - I heard my name from a long distance away. Like it was coming from the end of a tunnel. Then someone grabbed my shoulders and shook me. "Dammit, Paul, wake up." I recognized the voice; it was Mary Ellen McKinney. I opened my eyes and sure enough, there she was, kneeling over me, just about ready to begin mouth to mouth. I smiled and told her that I was OK.

Death by Parking - I Meet with Smith - Chapter 16 view here
July, 2022 - OK, I had been threatened before. And by tougher guys than this one. But a midnight phone call telling me to lay off my only client was a little telling. Someone didn't want me to muck up the works. My only problem was I wasn't sure exactly what the 'works' were. Best consider all this after a good night's sleep.

Death by Parking - The Ladies Tell the Tale - Chapter 15 view here
June, 2022 - The Brown Derby is one of the 'in' spots in Hollywood. Everyone who is anyone goes there to see or be seen. The four of us didn't want to be seen, so we were in a booth in the rear with curtains that could be closed to ward off unwanted eyes. Most would think we were an illicit couple wanting some wooing and cooing in private. It was partially true, without the wooing.

Death by Parking - The Judas Goat - Chapter 14 view here
February, 2022 - Now I had two Jiminy Cricket consciences on my back, one that materialized when I had a quiet lunch, and the other who was real and seemed to know everything. Mary Ellen McKinney was smart, quick and to the point. I knew exactly what she meant with her reference to Bogie and I had known Bogart, at least his ghost, long enough to know what he was thinking, even though he didn't say a word.

Death by Parking - Unsolicited Advice - Chapter 13 view here
January, 2022 - I have to admit that probably the last person I expected to see in Smith's office was my old lieutenant. His issues in Korea got me into this in the first place. All I wanted to do was find out if he was really as bad as his actions in that bar in the Ville many years ago and then do something about it.

Death by Parking - I Take a Bribe - Chapter 12 view here
December, 2021 - I thought I would have at least a day or so to sniff around S and L and the various players I had met since they hired me. As I walked up to my car in the underground garage, I realized I had underestimated the opposition.

Death by Parking - Where I Fit In - Chapter 11 view here
November, 2021 - As I drove home from the dinner party at Maryann Leyman's home, I considered what I'd seen and heard. It was pretty straightforward. Jansen's bank was up to its eyeballs in the project, and if the project failed, so would the bank.

Death by Parking - Maryann Explains - Chapter 10 view here
October, 2021 - I was curious. Maryann obviously had an ulterior motive in inviting me to her home for dinner, beyond my scintillating repartee and good looks. Each of the guests seemed to be selected for a reason. I swirled the hundred-year-old brandy in the cut crystal snifter and waited. Maryann did everything in her own

Death by Parking - The Dinner - Chapter 9 view here
September, 2021 - As I passed the iconic Hotel Bel Air, I couldn't help remember the little incident when I was kidnapped out of its parking lot by the mob and 'taken for a ride'.

Death by Parking - I Get Some Answers - Chapter 8 view here
August, 2021 - I picked up the tail as I left Cosner's office. The meeting with my old lieutenant was cordial, and I learned very little. However, I now had some questions and I knew who would have the answers. This is a cash business. Tens of thousands of dollars flow through that garage each month.

Death by Parking - I Meet with Cosner - Chapter 7 view here
July, 2021 - I wasn't concerned about my health; I could take care of myself. However, I didn't like that my buddy "Dandy" the mob enforcer mentioned Shirley. LAPD Sergeant Bill Vose also noted that Shirley and I should take a vacation 'til things calmed down a bit.

Death by Parking - The Lieutenant - Chapter 6 view here
June, 2021 - It was nearing noon and time for lunch. I saw no reason I shouldn't head over to Musso and Frank's for a club sandwich and coke. I drove to my office on Hollywood Boulevard, left my car, and walked up to the venerable eatery.

Death by Parking - The Lieutenant - Chapter 5 view here
May, 2021 - I rolled away from the falling pully and under a stack of girders. The pully hit the ground about 30 feet away. I like to tell myself I wasn't in any read danger, but, well, who knows?

Death by Parking - The Lieutenant - Chapter 4 view here
April, 2021 - Ray Stevens really knew how to motivate someone. The five large up front, my normal pay plus expenses, and if I was successful, another five large at the end certainly got my attention.

Death by Parking - The Lieutenant - Chapter 3 view here
March, 2021 - It begins. When the elevator doors opened and I recognized my old CO, I hope the look on my face wasn't one of shock or recognition. He was 10 years older, but there was no doubt.

Death by Parking - I Get a Job - Chapter 2 view here
February, 2021 - Even as I dialed the phone I had mixed emotions. Just what was I getting into. Was it worth opening a dark moment in the past?

Death by Parking - The Lieutenant - Chapter 1 view here
January, 2021 - We investigated the hell out of it and everyone was convinced it was an accident. Case closed.

Death by Parking - The Back Story - read below

When I graduated from high school and the Korean war was at its peak, I simply went down to the recruiting station and signed up. It seemed like the right thing to do. I spent three years in the army. It was a time for growing up, and a time for reinforcing those morals my parents taught me as they raised me.

I was assigned to the military police and spent my year in country enforcing the rules. And therein turns the tale.

One evening, my friends and I went into the 'ville' to blow off some steam. You know, a few brewskis and some card playing at a local club. When we arrived the lieutenant in charge of our unit was already there. He was 'chatting up' a girl at the bar. She was young, no more than 18, probably closer to 16, and cute. He was putting a lot of pressure on her. Suddenly, he slapped her and knocked her down. I stood up, ready to come to her aid when my friends grabbed me ad forced me back in my chair.

He was a lieutenant; we were grunts. He could destroy us, professionally and personally.

The lieutenant, Cosner was his name, continued to abuse the girl. She was crying and trying to get away from him. Everyone in the bar was ignoring the scene after all, we were in a war. Finally, he grabbed her and dragged her into the back room. The screaming stopped.

I knew if I ever had a chance, I would stop that kind of abuse any way I could.

When I returned to civilian life, I joined the LAPD. It was a good job, although the Los Angeles Police Department was not the most enlightened organization on the planet. It was a group that protected itself at all cost.

I was patrolling with my training officer, Bill Vose, when we came upon a man abusing a woman. There was no question that it would have been rape had we not been involved. I grabbed the man and began clubbing him with my night stick. I remembered that night in Korea and was taking my anger out on him, although there was no question he deserved it, and more.

Bill pulled me off him, and we got the woman to the hospital and this creep in jail. It turns out he was the son of a city councilman and his daddy didn't see the benefit of a good clubbing for his rapist son. The kid got off, I got fired. If it hadn't been for Bill, who lobbied for me, I would have been jailed for felony assault.

I got a job at the Bel Air Patrol, the private police force that protects the rich and famous in Los Angeles. Captain Hankins, the patrol's leader, took me under his wing and taught me not only police work, but detective work, as well. After five years on the patrol, I struck out on my own, and Paul Manning Investigations was born.

My first big case, the one that put me on the map, involved of all things, parking. Seems the local parking operator was using his company as a money laundry for the mob. A kidnapping, a shootout, a chase down Mulholland Drive and some fancy detecting, and I, with the help of the Bel Air Patrol and the LAPD, solved the case. The criminals involved did heavy time.

Although most of my cases involved errant husbands (and a few wives), and folks with sticky fingers that the company wanted caught but kept out of the papers, I did run up against the parking industry, such as it is, from time to time. My next big case was to take me, figuratively, at least, back to Korea and that evening when my Lieutenant went off the rails...