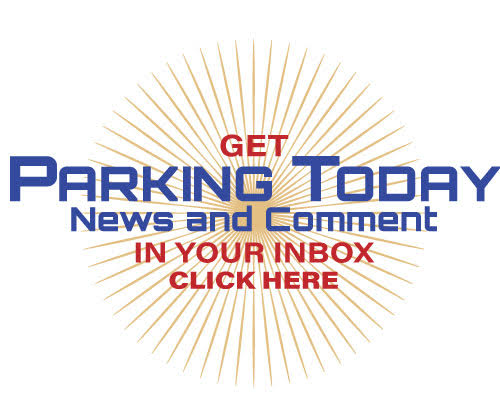 Airports to be the Next Wave of EV Charging Stations

As the effects of climate change increasingly affect our daily lives, addressing our carbon footprint has become an urgent issue for most Americans, especially those under 55 years old. According to the EPA, the transportation sector alone contributes nearly a third to overall greenhouse gas emissions. The good news is that the transition to a low-carbon transportation system is relatively straightforward and the necessary technology already exists.

We are approaching the tipping point for EV adoption, especially among personal transportation and fleet operations.

More importantly, we are approaching the tipping point for EV adoption, especially among personal transportation and fleet operations. Some 36 percent of U.S. drivers plan to buy an EV as their next car, and over 200 models of EVs are launching in the next 24 months. As anyone who has driven an EV will tell you, they are more fun to drive. We are already at the point where total cost of ownership of an EV is cheaper than an internal combustion engine (ICE), as many fleet operators are discovering. And we are probably only 18 months away from the point where the upfront cost of an EV is at or below that of an equivalent ICE vehicle. The investment market has already concluded that EVs are the future -- Tesla is now the most valuable automaker in the world.

The entire team at our company shares a common passion -- to build a national EV infrastructure that sustains the environment for future generations. Putting aside the airplanes themselves (although a number of smart minds are working on EV planes), airports represent a multi-modal transportation hub for automobiles.

Whether it is the traveler arriving in their personal vehicle, the taxi and rideshare vehicles that nest around an airport, shuttles taking passengers to terminals and rental car counters, rental cars, delivery trucks at freight terminals, or the baggage vehicles, tugs and other vehicles that inhabit the terminals and airfield, an airport is a hive of automotive transportation activity. As such, airport operations have a critical role to play in both reducing their own carbon footprint and encouraging their customers, employees and people working in the airport to reduce their contributions to carbon emissions.

Designing the necessary infrastructure around EVs requires an understanding of the different use cases present at an airport. The EV driver who parks her EV for three days while on a trip, the Uber driver who needs to top-off while waiting to pick up a fare, the shuttle bus that has to ensure sufficient power to make the daily rounds from the terminals to the rental car counter or nearby hotel, and the tug pulling a plane away from the terminal all have different charging needs and priorities related to timing. We refer to this as ‘dwell time.’ For an EV driver who is parked for three days while on a business trip, a simple 110-volt outlet may be sufficient. For an Uber driver looking to reduce their downtime as they refuel, a faster, more sophisticated, high-powered solution is required.

It is important to see EV infrastructure as part of a holistic approach to efficiency and customer service. For example, I experienced an EV valet service at a major European airport. Here’s how it works: an attendant meets the EV driver at the terminal drop off area, takes the EV and parks it (probably in a remote lot), where it is charged. Once fully charged, it is moved off the charger to allow charging of another EV. Upon arrival, the attendant meets the returning passenger at the terminal pick-up area with their EV
fully charged.

All of this is managed via an app-based ordering system, similar in functionality to a ride-share app. This premium service alleviates multiple issues, most notably cars sitting idle at a charging station for days after being fully charged. This is a more efficient use of remote parking facilities. Adding this type of value-added airport service to accommodate EV drivers is a ‘no brainer’, particularly since parking represents a large non-airline revenue source for airports. We have seen many creative ways to use EV charging to encourage more efficient use of parking facilities, generate additional revenue sources, and provide enhanced customer service.

All real estate owners, airports and surrounding services included, need to be ready for the fast growing EV market. The inflection point is here, and it represents the most significant disruption to the transportation sector since the invention of the gasoline engine. Providing innovative solutions to this challenge creates an opportunity to both stay ahead of the curve and offer differentiated services to consumers of airport services.

JuiceBar has been a leader in the EV charger market since 2009. We would be happy to share our experiences and solutions with you and to assist you in being part of the build out of the infrastructure that sustains the environment for future generations.

Paul Vosper is President and CEO of JuiceBar. Paul can be reached at PVosper@JuiceBarEV.com or visit www.JuiceBarGen3.com