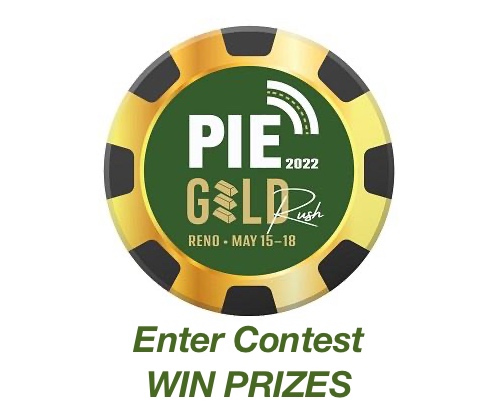 The other day, a story about a small coastal car park in Plymouth, Devon, caught my eye. Devils Point car park is an 81-space facility serving a small park on the coast about a mile from the city center.

The car park was free, as in no charge for use, but it’s not provided by the parking fairies, so I guess that the Council see it as a public good that it’s worth funding; that’s their right.

Now they have done something rather surprising. The Council has received “numerous” complaints (number unspecified) about workers from the nearby Royal William Dockyard complex parking there all day.

In response, the Council has introduced a three-hour maximum stay at the car park. It’s still free, you punch your license plate into a machine. This is an interesting solution that hasn’t met universal acclaim from locals.

There are three big red flags for me. First, I am really concerned that it appears that the Council made this decision based on a few letters, rather than actually collecting some hard evidence; and no, I couldn’t track down any reference to any study or survey.

Secondly, what about the supposedly now displaced workers? Simply pushing them to an undefined somewhere else just isn’t good enough.

Thirdly, and I know that it’s in no way definitive, a quick glance at the Google Earth shows that the parking in the dockyard is less than 50 percent full.

This begs the question, why would someone park 400m-plus away from where they work when they could park outside the door? Inevitably, I suspect, as the Council starts to realize that this scheme is a cost with few, if any benefits, they will decide that perhaps they should, after all, charge and then the focus will be on the commercial, rather than the public good. Sad.

I often say that change and improvement are not synonyms. Perhaps I should now add “opinion isn’t evidence”?

It’s been a hard couple of years for government; the world shut down and people needed help with money, probably more than any time in history.

Credit where it’s due, I don’t think that our chancellor did too bad a job. Sensible support programs for workers and businesses to help keep peoples’ heads above water until better times come.

Delivery was a bit shaky; spivs setting up businesses which existed only on paper just so they could grab government money, with a civil service that processed the paperwork without bothering to check how dozens of companies were apparently operating out of a small apartment in a back street.

But that’s another story.

Meanwhile the government has been trying to keep its “green” agenda on track and a part of this has been continuing to promote a switch to electric vehicles.

This has two big impacts on the government’s tax take that seems not to have been considered. Every ICE vehicle used on the roads in Britain pays an annual tax called vehicle excise duty (VED).

This raises about $9 billion a year. To promote electric vehicles, they are charged zero VED.

The second impact is on fuel duty. Our fuel is very expensive, mostly because of taxation. About two thirds of the purchase price at the pump is tax.

This contributes a further $30 billion or so to the exchequer. Again, an electric vehicle pays none of this tax.

Therefore, if the government achieves its stated objective of an all-electric future vehicle fleet, it has a budget hole of about $40 billion or about 5 percent of the national budget.

This shouldn’t have been a surprise, but apparently, they are now panicking. The front runner “bright idea” is to introduce a national road tolling system to recoup the money. Knowing the way the British government does things, they will probably spend more than that setting up and operating the tolling infrastructure.

Of course, the switch to EVs presupposes that we can get the infrastructure in place to actually keep an electric vehicle fleet moving.

So far, the signs are not looking too promising. Last year the number of pure electric vehicles doubled to a little under 400,000 or about 1 percent of the vehicle fleet. Apropos of nothing, this does mean that the EV fleet has to just about double every year for the rest of the decade to meet the policy objective. And pigs might fly.

However, this will be made even more challenging by the simple lack of charging points. The government has just announced a £1.6bn fund for local authorities to increase the number of chargers because the rate of increase in public charging points is simply not keeping up with the growth in the vehicle fleet. Just 12 months ago there was one charger for every 16 plug-in cars, now the figure is 1 to 32.

Further, the distribution of chargers is very heavily biased towards London and the South, where car users tend to have shorter journeys. I remember many years ago when I first went to Gods Own Country, or Yorkshire by its formal name, I once drove 40 miles to find an ATM.

I suspect that today, a Yorkshire Tesla owner might face a similar problem if they wanted to charge their car.

Time passes and the wheel turns. Several decades ago, I was working on, possibly even running, a program to increase station car parking capacity in outer London as a way of making commuting to central London by rail just a little easier.

One of the more contentious sites was Cockfosters, at the northern end of the Piccadilly tube line.

The problem was that the only suitable piece of land was Green Belt, that is land which cannot, must not, be built on so as to create a band of undeveloped land separating the town from the country.

We eventually got over this by finding another similar sized piece of land on the edge of the green belt, but not part of it.

We swapped and built a 330-ish space car park. Now Transport for London has given the go ahead to building 331 apartments, despite mass protests by the local community, led by the local MP.

Now, again looking at Google Earth (not paying me, yet), the car park is pretty full so, not sure how this aligns with the mayor’s own transport policy. This may well end in the courts.